Get to Know “The Governor”

“The Governor” was created by an “ancient” and so far unknown Corfiot olive forest variety called “Lianolia”, which has been for centuries native to the north of the Ionian Sea and the southern Adriatic Sea. It is, therefore, the First single-variety (monovarietal) “Lianiolia” olive oil in the global market.

It’s flavour, as well as the intense aroma of freshly crushed olives,  will not go unnoticed by the consumer, as it is described as unusually “especially spicy”, with an unmatched harmony between fruity and spicy notes.
The olive grove was planted by our ancestors and is a property of the Dafnis family. It is situated in the south-western part of Corfu, around the byzantine fortress of Gardiki (12th century) in the protected Natura region of Korission lagoon.

The whole production process from the reproduction of trees until the harvest is controlled and monitored by us.
The olives are processed, ground and cold-pressed in our own olive oil press. The olive oil is stored in our HACCP and ISO 22000: 2005 hygiene-certified standardization unit(OLIVE FABRICA)

As a result, our yearly production is steady but limited and the end product is accompanied by all the details and information on its harvest, alteration, and bottling. Our olive oil is to us of great historical meaning and in direct relationship to our Land, our Lives, our Future…

For this reason, It is “Named in honor of the first Governor of independent Greece, the Corfiot Aristocrat Count Ioannis Kapodistrias (1776-1831)”, which can be seen on the bottle’s label on a golden-colored adornment made
from metal (pewter).

We offer “the Governor” in an elegant package as minimal recognition of the tremendous work of the great political leader Kapodistrias as well as the precious nutritional value of the olive oil.

“The Governor”™ was scientifically tested in March 2014 at the University of Athens and compared with the results of 700 other olive oil samples, from 30 different olive varieties. 150 of the comparative olive oil samples originated from countries outside Greece, specifically: California, Italy, Spain, Croatia, Tunisia, Cyprus, France, Argentina, Chile, Morocco, and Israel.

The results were impressive. The oleocanthal and oleacein concentrations in “The Governor”™ are 7 times higher than the average of the samples and the highest value recorded among all commercially available bottled oils since 2009. Oleocanthal, oleocein, and other elements present in “The Governor”™ olive oil present important biological activity, and are related to anti-inflammatory, antioxidant and neuroprotective benefits.
The total hydroxytyrosol derivatives are 61% higher than the stipulated European regulation. The daily consumption of 20g is known to protect the blood lipids from oxidative stress.

“..we can certify that [“The Governor”] is an extremely rare extra virgin olive oil that stands out from the usual oils… It is an oil highly recommended to all consumers looking for olive oil with enhanced properties for health protection.”

The GOVERNOR is one of the few olive oils on a global level that has been awarded a “health claim” set by the EU. The EU Commission Regulation No 432/2012 of 16 May 2012 established a list of permitted health claims made on foods. This classified the various types of olive oils into a category with health-protecting features which contain highly concentrated polyphenols which protect against oxidation of blood lipids. The claim may be used only for olive oil which contains at least 5mg of hydroxytyrosol derivatives per 20g. The total hydroxytyrosol derivatives in the Governor EVOO are 61% higher than the stipulated European regulation.

What makes the Governor EVOO so special are the unusually high levels of Oleocanthal and Oleacein which are contained within the oil. EVOO is the only food source on the planet where Oleocanthal can be found. You will not find it in edible olives, olive leaf extract products, or in any refined oils such as ‘pure’ ‘light’ or ‘olive oil’. The Governor Limited is constantly around 966 mg/kg each harvest and the Oleacein 957 mg/kg compared with average values for extra virgin olive oil at 135/105 mg/kg.

The Governor was first scientifically tested in March 2014 at the University of Athens and the results were compared with the results of 700 other olive oil samples, from 30 different olive varieties. 150 of the comparative olive oil samples originated from countries outside of Greece, specifically: California, Italy, Spain, Croatia, Tunisia, Cyprus, France, Argentina, Chile, Morocco, and Israel.

The results were impressive. The oleocanthal and oleacein concentrations in The Governor were 7 times higher than the average of the samples. The Governor Limited EVOO was then invited to take part in its first medical trial.

Since then The Governor Limited has taken part in various trials which have had very positive results.
2017: The governor limited was combined with Donepezil (a medication used to treat Alzheimer’s disease)
2018: The world’s first human trial with leukaemia patients.
2019: Oleocanthal was combined with Lapatinib treatment against HER-2 breast cancer. They have also taken part in two further breast cancers trials. The Governors © 2022 All Rights Reserved | Created By VisualPro 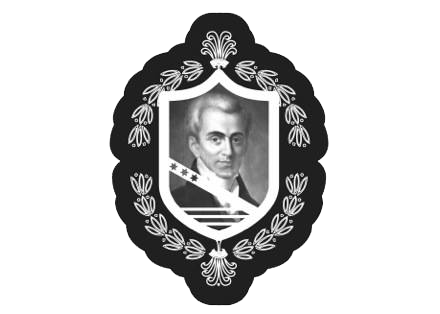